82. Select the option which is not correct with respect to enzyme action
a) Substrate binds with enzyme at its active site
b) Addition of lot of succinate does not reverse the inhibition of succinic dehydrogenase by malonate
c) A non-competitive inhibitor binds the enzyme at a site distinct from that which binds the substrate
d) Malonate is a competitive inhibitor of succinic dehydrogenase 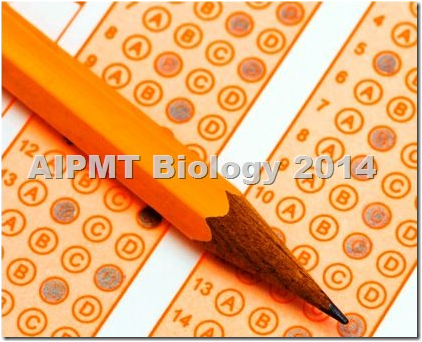 83. Which one of the following is a non-reducing carbohydrate?
a) Maltose
b) Sucrose
c) Lactose
d) Ribose 5-phosphate

85. The enzyme recombinase is required at which stage of meiosis?
a) Pachytene
b) Zygotene
c) Diplotene
d) Diakinesis

87. The initial step in the digestion of milk in humans is carried out by?
a) Lipase
b) Trypsin
c) Rennin
d) Pepsin

88. The motile bacteria are able to move by
a) Fimbriae
b) Flagella
c) Cilia
d) Pili

89. Fructose is absorbed into the blood through mucosa cells of intestine by the process called
a) Active transport
b) Facilitated transport
c) Simple diffusion
d) Co-transport mechanism

90. Approximately seventy percent of carbon-dioxide absorbed by the blood will be transported to the lungs
a) As bicarbonate ions
b) In the form of dissolved gas molecules
c) By binding to R.B.C.
d) As carbamino-haemoglobin