31 For transformation, micro - particles coated with DNA to be bombarded with gene are made up of
a) Silicon or platinum
b) Gold or Tungsten
c) Silver or platinum
d) Platinum or zinc

32. Cycas and Adiantum resemble each other in having
a) Cambium b) Vessels c) Seeds d) Motile sperms

33. PCR and Restriction Fragment Length Polymorphism (RFLP) are the methods for 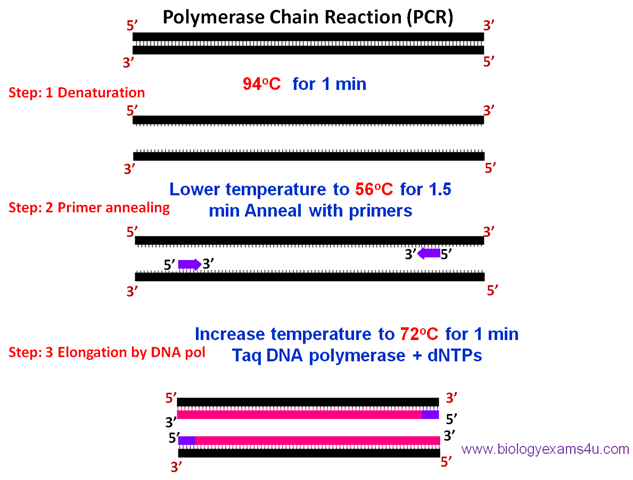 34. During gamete formation, the enzyme recombinase participates during
a) Prophase - I b) Prophase -II c) Metaphase – I d) Anaphase –II

35. An organic substance that can withstand environmental extremes and cannot be degraded by any enzyme is
a) Lignin b) Cellulose c) Cuticle d) Sporopollenin

36. Which one of the following is not a gaseous biogeochemical cycle in ecosystem
a) Nitrogen Cycle b) Carbon Cycle c) Sulphur Cycle d) Phosphorus Cycle

37. Which one of the following microbes forms symbiotic association with plants and helps then in their nutrition
a) Glomus b) Trichoderma c) Azotobacter d) Aspergillus

38. Which one single organism or the pair of organisms is correctly assigned to its or their named
taxonomic group
a) Yeast used in making bread and beer is a fungus
b) Nostoc and Anabaena are examples of protista
c) Paramecium and Plasmodium belong to the same kingdom as that of Penicillium
d) Lichen is composite organism formed from the symbiotic association of an algae and a protozoan

40. A normal - visioned man whose father was colour blind, marries a woman whose father was also colour - blind. They have their first child as a daughter. What are the chances that this child would be colour blind
a) 25% b) 50% c) 100% d) Zero percent
Learn more:
Answers:
31.b) Gold or Tungsten
32. d) Motile sperms
33. b) Genetic Fingerprinting
34. a) Prophase - I
35. d) Sporopollenin
36. d) Phosphorus Cycle
37. a) Glomus
38. a) Yeast used in making bread and beer is a fungus
39. b) Monohybrid cross with incomplete dominance
40. d) Zero percent
Labels: AIPMT Biology 2012 Questions, AIPMT biology, AIPMT Biology MCQ, AIPMT Biology previous questions
Newer Post Older Post Home