61. Which of the following animals does not undergo metamorphosis?
(1) Moth (2) Tunicate (3) Earthworm (4) Starfish
Answer ( 3 )Earthworm


62. Which of the following organisms are known as chief producers in the oceans?
(1) Cyanobacteria (2) Diatoms (3) Dinoflagellates (4) Euglenoids
Answer ( 2 ) Diatoms


63. Which one of the following population interactions is widely used in medical science for the production of antibiotics?
(1) Parasitism (2) Mutualism (3) Commensalism (4) Amensalism
Answer ( 4 )Amensalism 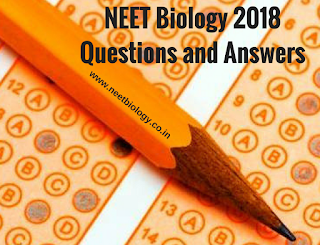